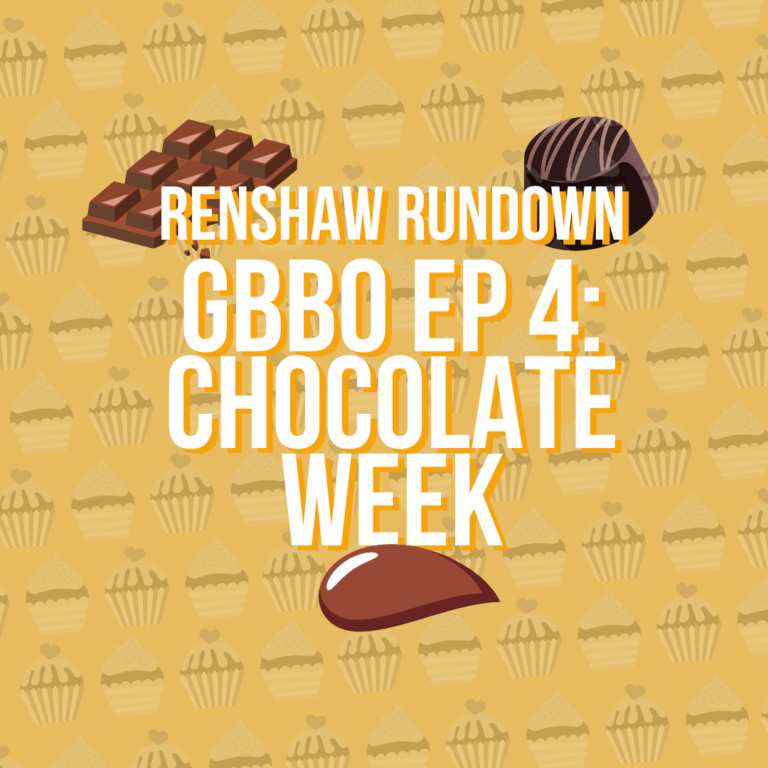 THIS WEEK, ON THE GREAT BRITISH BAKE OFF…

*Don’t worry, no major spoilers – we won’t disclose who won Star Baker, the technical or who was sent home. We’re catch-up friendly*

This week’s signature challenged the nine remaining bakers to create classic brownies. That sounds easy enough, right? Wrong. We had everything BUT your typical fudgy fantasy, including a fig, pistachio and cinnamon upside down brownie from Peter, and a cheesecake topping from Lottie. As we were met with a bizarre brownie bonanza, the feedback from Paul and Prue can be summarised with..

Ouch. Perhaps we have been deceived by the evil powers of the brownie for all this time.. they are almost TOO tasty after all🤔. Well, if you want a brownie recipe to go nuts for, try our Marzipan Brownie Slice Recipe for a fabulous combination of almond and chocolate 🥜.

THE TECHNICAL: BAFFLED BY THE BABKA

Paul chose this week’s technical, bringing his love of all things dough into chocolate week as the bakers faced a baffling babka (now that was a mouthful, but at least it was a tasty one). We say ‘baffling’ because practically none of the bakers had even HEARD of this traditional Jewish sweet bread. The pressure was really on, as Paul (aka the Baron of bread) left the bakers with the advice “The brownie challenge was easy, this isn’t”. Wise words as always, Paul.

Lottie’s concentration face says it all. If you want to create your own beautiful babka at home, but want to make it more your own (we rap now), why not try adding one of our Rainbow Dust ProGels to your dough? Try Purple and Orange for a Halloween look! 🎃

As the temperature outside the tent began to soar well over 25 degrees, things were also heating up in the tent as the bakers prepared to create a white chocolate celebration cake. Our eyes were glued and mouths were watering as we were met with graduation cakes for virtual ceremonies, an anniversary cake for a social bubble knees-up and an English rose commemorative cake from Linda.

Oh, Linda – you have a heart of gold. We also happen to know a thing or two about white chocolate, as our Confectionary White Chocolate Ready to Roll Icing is perfect for achieving that white chocolate taste without worrying about splitting and seizing, leading to RAW cakes (The sheer HORROR!😮). You can also check out our White Chocolate and Raspberry Gateau Recipe if you’re looking for some inspiration!

OUR FAVOURITE BAKE OF THE WEEK

Freya from our Marketing Team has chosen Renshaw’s favourite bake this week:

“My favourite bake was Laura’s anniversary celebration cake. I thought her ruffles were amazing, despite what Paul had to say! The fact that she managed to re-bake her cakes, create white chocolate collars and the ruffles is impressive. I also felt for her as she obviously spent her anniversary away from her husband in the bake off social bubble, so fair play to her!” We couldn’t agree more. Someone needs to tell Paul there’s no such thing as too many ruffles!

QUOTE OF THE WEEK

This week, we’ve chosen a truly inspiring quote from Prue:

“You only have to be not the worst”

Now that is something worth striving towards.

There’s much more to see over on our socials, so make sure you keep up to date @renshawbaking. Don’t forget to check out our recipes page too if you need some inspiration.