In celebrating cake for generations, Renshaw has over 120 years experience in baking and cake decorating expertise, product innovation and inspiration.

Renshaw is a British food manufacturing company established in 1898 that prides itself on having a predominantly local workforce. It is also proud to be the grantee of a Royal Warrant from Her Majesty Queen Elizabeth II, having first been granted one by George VI in 1950 for almond products.

Renshaw is the leading British manufacturer of ready to roll icing, marzipan, frostings, caramel and mallows. It supplies specialist sugarcraft shops, bakery and general wholesalers, major grocery retailers as well as food manufacturers and the foodservice sector. It also supplies local distributors in over 30 countries worldwide.

All of the sugar used in Renshaw products is milled on site to ensure it meets exacting brand and product standards.

Almonds used for marzipan production are blanched and processed on site prior to production. 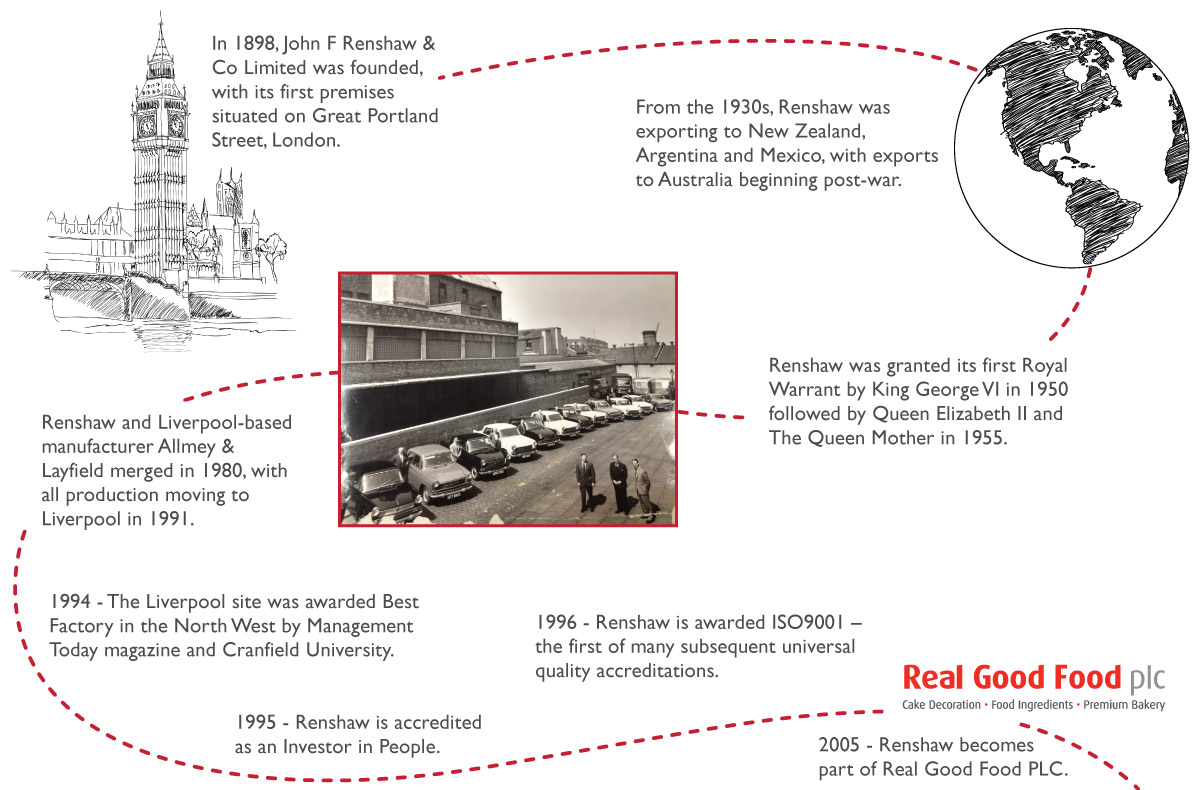 We have become experts in our field through a combination of peerless product knowledge and expertise. We use our comprehensive NPD and test bakery facilities and a BRC-accredited production facility in Liverpool, UK to deliver quality products in a variety of pack sizes suitable for all types of customer.

In the UK, most of the Renshaw range is freely available at all good bakery wholesalers and specialist independent sugar craft stores. A wide selection of our products can also be found in stores such as Hobbycraft and Lakeland and through various outlets online.