Which botanical bake did you vote for? 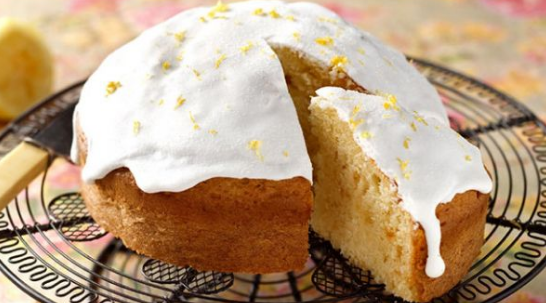 This year’s Great British Bake Off is in full swing and we’re all entering into the spirit of the show. Last week’s theme was Botanical Bakes – cakes and bakes inspired by ‘things that grow’, which covers almost everything from grapefruit to tealeaves. We saw some inspiring bakes including the citrus meringue pie challenge, the fougasse technical challenge and some astonishing three-tiered floral showstopper.

In advance of the show we asked you which kind of botanical bake you’d like to make yourself and these are the results:

Because over half of you expressed a desire for something citrusy, we’ve assembled a trio of lemony delights for you to try.

With its zingy, yielding sponge and sweet, sharp icing, the classic lemon drizzle ranks high among tea time treats. While you can simply add lemon zest to the cake mixture itself, others will also sink a sugary lemon juice mixture directly into the cooked sponge by piercing it at intervals with a skewer before drizzling over the citrus icing. Sprinkle gratings of lemon zest over the drizzled icing to add colour and texture.

The European Bundt cake is so named because of the tin in which it is baked and it’s not associated with any single recipe. The brioche-like dough first became popular among Jewish communities in parts of Germany, Poland and Austria. Our recipe celebrates the sweet citrus flavour of lemon coupled with tangy blueberry sweetness and drizzled with a lemon juice icing.

Proportionally different in ingredients and simpler to bake than the above lemon drizzle cake recipe, this light sponge is the perfect accompaniment to a cup of tea at any time of day. This teatime staple has a little more sugar and a little more butter than its drizzly cousin, but if you prefer something a little naughtier then this is the one to go for.