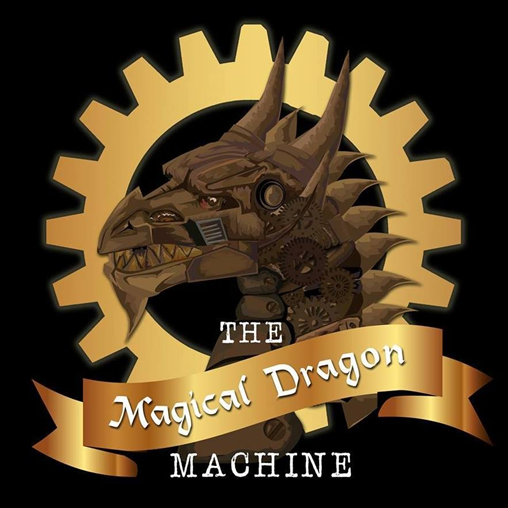 Well, what a weekend at Cake international!

I’m sure we’re not the only ones whose feet are little sore, and have taken a large chunk out of our bank balances! However, would it really be Cake International if not?

Talking to the public and interacting with all the amazing cake decorators is a highlight (we’d talk to you all day if we could) but seeing the insane talent at this show is why we all make a packed train journey and for some even a plane journey!

Pretty safe to say ‘The Magical Dragon Machine’ installation was out of this world, the sheer scale of work that went into the piece was jaw-dropping, so it’s only right we reflect on the time and effort that went into making Cake International 2017 one of the best yet.

Now hands up who stood at The Magical Dragon for more than 15 minutes (both hands up). There was so much going on you didn’t know where to look and the closer you got the more you saw. And at an astonishing 17 feet long and 7 feet tall, well, who could miss it! We can speak on behalf of everyone there when we say, this piece was spectacular.

There were some extremely talented cake artists involved in this installation, including Rob Baker-Gall (Mr Baker’s Cakes), Jacqui Kelly (Totally Sugar) and Rhianydd Webb (Dragons and Daffodils) just to name a few, but the list goes on and on. Here are some team photos of all those involved.

This team was tasked with building the dragon’s frame from scratch!

Team Floral’s role was to create the fantasy floral for the design, this means that they created the types of flowers that you would imagine that you would come across in a “magical scrapyard”.

This team is comprised of figure modelling specialists, whose job it was to design and create characters that have their own story and essentially “create stories within stories”.

Team critter was comprised of sculptors with a speciality in structures and three-dimensional cake carving, with an aim of creating a wide range of enchanted metal animals.

Used in this monstrous sugary dragon was our very own BRAND NEW Belgian Chocolate Modelling Paste (see below), which contains a whopping 27% real Belgian chocolate. That was the amazing smell surrounding the dragon! At the show, the modelling chocolate was hugely popular and was used in one of Jacqui Kelly’s Renshaw Academy classes to make a miniature dragon. We’re excited to hear what you all think of the Chocolate Modelling Paste and the rest of our new products, so please let us know if you’ve used it (or just eaten a little sample at the show).

Among the sponsors of The Magical Dragon Machine were ourselves (Renshaw) and Rainbow Dust, and we were very pleased to be doing so. This dragon produced a humongous 800 servings of cake! 800! Obviously not wanting to waste a mouthful of this majestic masterpiece, the cake decorators decided to donate a huge amount of cake to the charity Coffee for Craig, a great cause which saw cake shared amongst some of the homeless community in Manchester.

We’d like to say a huge well done to all of the talented team involved in bringing this feature to life, and for the most amazing decorated cake we’ve probably ever seen!

Now to enjoy a few more photos of the Magical Dragon in all its glory!