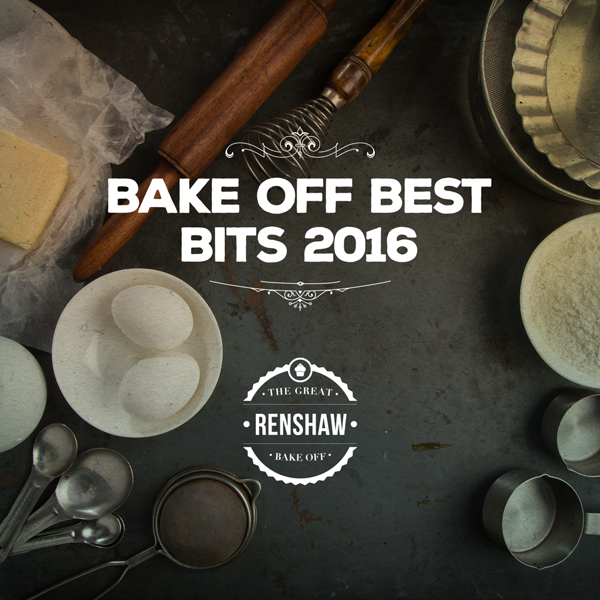 This year’s Bake Off had the nation in a bit of a stir: we’ve had secret handshakes, Selasi’s unforgettable coolness, Val and her baking fitness routines and, of course, the sad news that the show will no longer be aired on BBC One coupled with the departures of Mary Berry, Mel and Sue.

We have gathered some of our favourite golden 2016 Bake Off moments to give the show a Renshaw send-off!

It wouldn’t be biscuit week without someone’s gingerbread house collapsing – or in this case, gingerbread church. Thankfully Louise’s actual venue for her wedding did not suffer the same fate…


During pastry week the bakers were challenged not only to prove their baking prowess, but to demonstrate their mathematical know-how too. Some fared better than others…


Rubbery cakes were the accidental theme of Cake Week and even baking champ Candice’s effort went out the window (and probably bounced when they hit the ground)!

When Val completely disregarded the recipe…

We loved Val’s rogue baker tendencies. It was during the technical challenge for Pastry Week when Val missed the second page of the recipe, compelling her to make up the recipe as she went along. Luckily for Val popping together a tray of Bakewell Tarts is a part of her weekly routine.

Rav was one of the more experimental bakers this year, so much so that Mel and Sue created the game, “Guess the Smell” – not sure that the Beeb will be keen on getting behind that show in the absence of Bake Off however…

Andrew falling in love with that pestle and mortar

During Tudor Week Paul presented another tricky challenge, but the bakers were more intrigued by the mini pestle and mortar.

Val wasn’t the only baker to incorporate physical activity into her baking, Andrew’s ‘Fondant Straddle’ was a sight to behold.

This year has been another fab series of double entendres, baking mishaps as well as decorative delights and we’re heartbroken that the Bake Off team are going their separate ways. Team Bake Off, we salute you – and we’ll see you again next year on Channel 4.