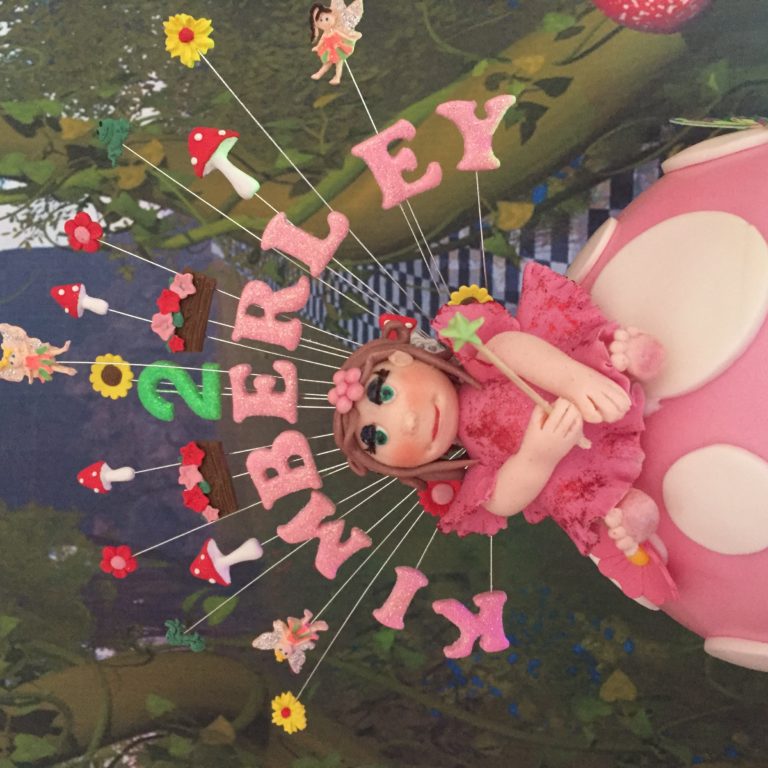 This tutorial was uploaded as part of the Renshaw ‘Battle of the Bakes’ competition.

Bake your choice of sponge cake in silicone giant cupcake moulds. Once cooled turn the bottom upside down, fill and crumb coat.

The top part of the cake needs to be put on its’ own board. Fill and crumb coat then place in the fridge to set. Once set, coat again with frosting then put back into the fridge.

Once the frosting is set, roll out fondant (I use rolling mats, much easier). Renshaw Tip: Knead your icing on a clean, dry surface until smooth and pliable before rolling out.

Cover the bottom cake with white and the top with colour of your choice. The top of this cake was covered using Renshaw Pink fondant.

Cut out different size circles from the white icing and stick onto the covered top to make spots.

Dowel the bottom cake (I used three bubble straws), place the top part onto the bottom and there you have your toadstool.

Decorate as you wish. The door, windows, snail and toadstool were made using Katie Sue moulds. The fairy was made from modelling paste. Renshaw Tip: By starting with a small ball of kneaded icing, you can develop any shape from there with gentle manipulation.

Add cake lights if you wish, these tiny LED cake lights come in many colours, I bought my green and pink ones from eBay. 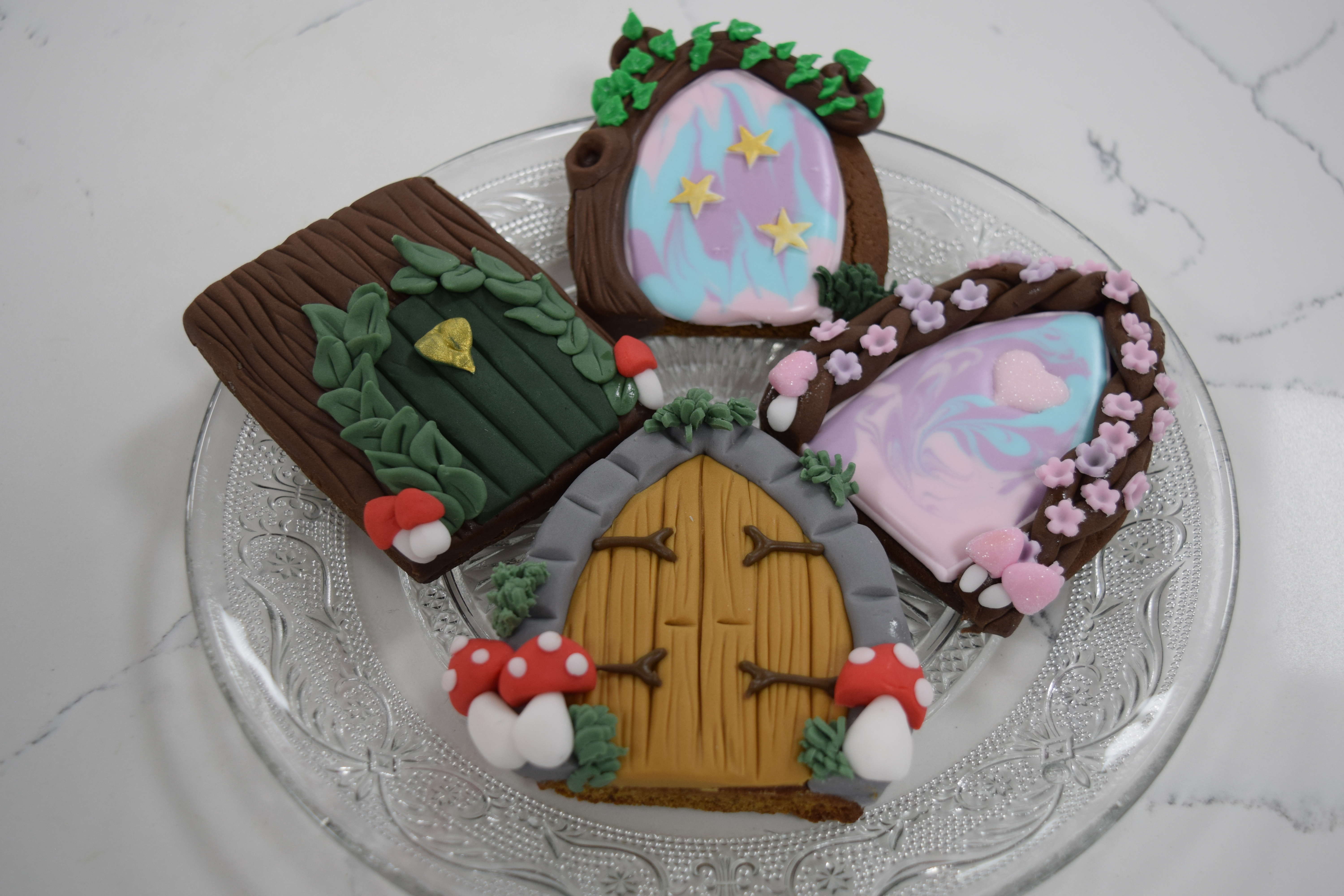 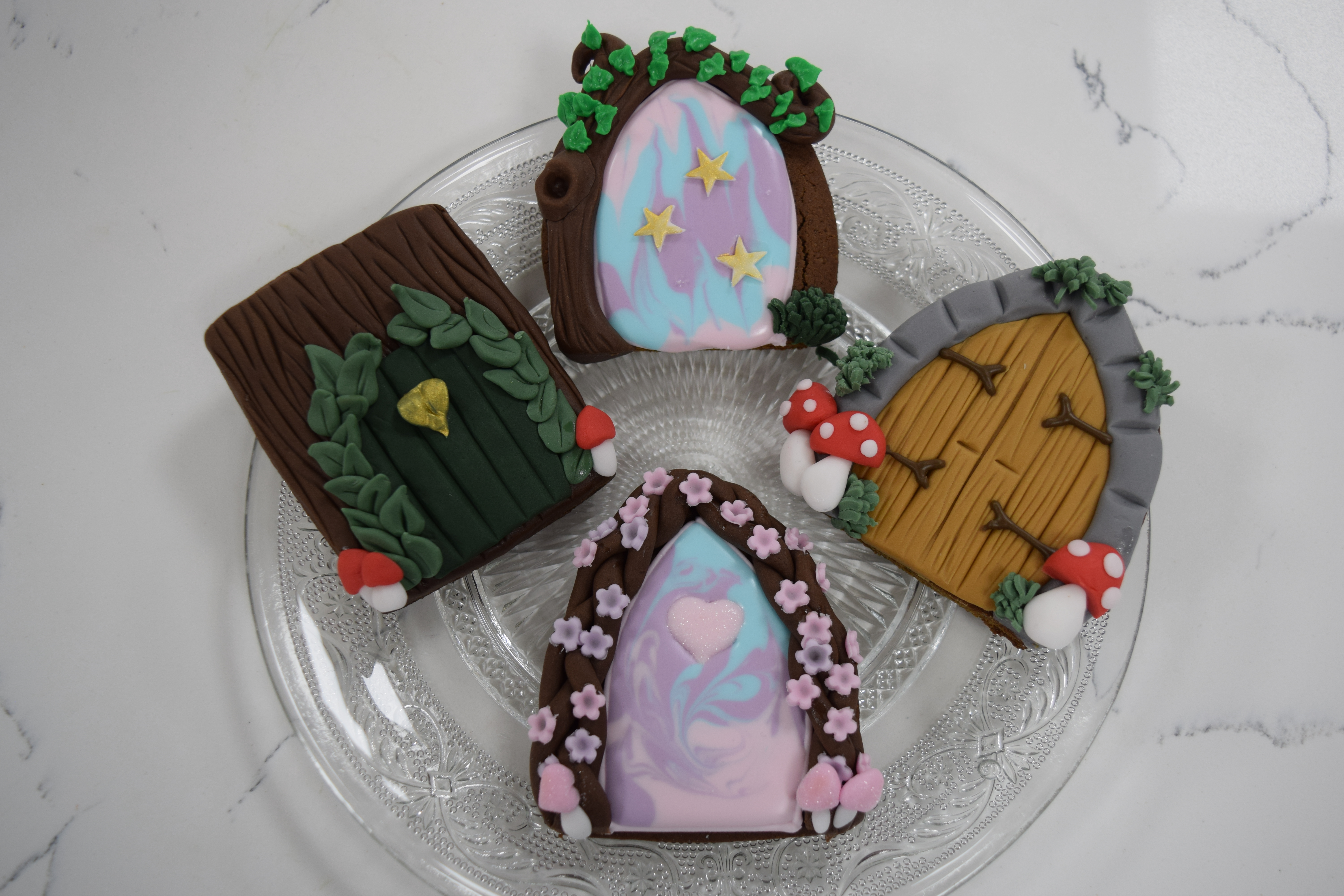 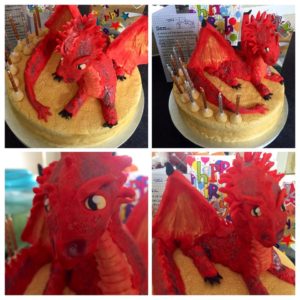