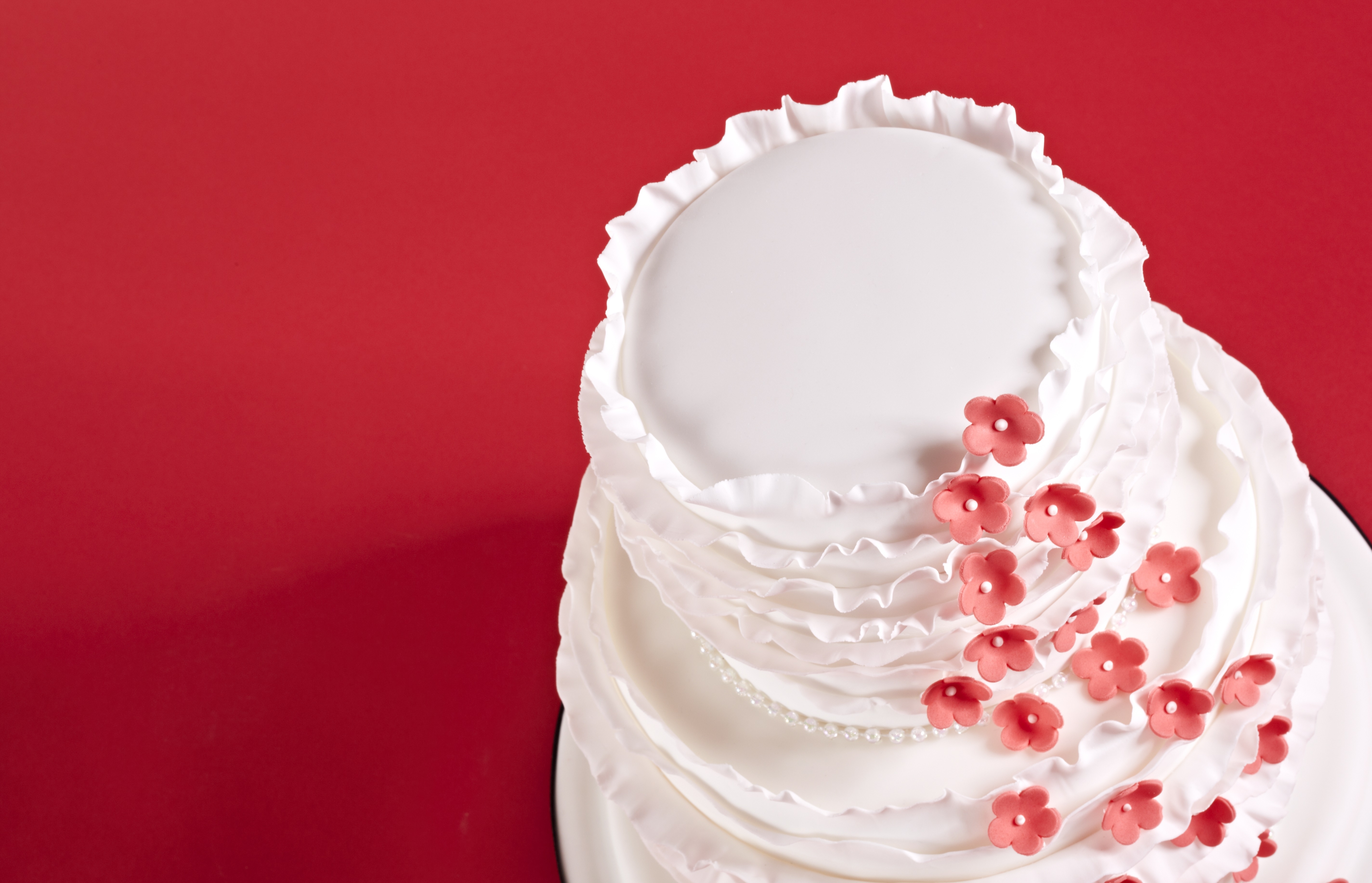 Every year sees different sugarcrafting and decorative techniques becoming wildly popular in the baking world. This year ruffles and frills are big, and you’ll see them adorning cakes everywhere.

Want to add a touch of elegance to your next cake? We’ll have you making ruffles in no time.

Ruffles With Ready To Roll Icing

Ready to Roll Icing is ideal for making ruffles. You can make quite fine and delicate ruffles without them collapsing or tearing, and they look simply gorgeous.

Here’s how to make some ruffles using icing. Grab the following:

Dust down your work surface with some icing sugar then knead your ready to roll icing until it’s pliable. All it takes is a few simple steps to get beautiful ruffles:

You can stick Ready to Roll Icing ruffles to your cake by painting a strip of cooled boiled water onto the cake’s icing and then pressing the ruffle into place.

How To Use Icing Ruffles

You can use icing ruffles on large cakes as in the image above, but they also work well as a cupcake topper. Add a smooth layer of frosting to the top of your cupcake, then once your icing is ruffled carefully bend it into a curve and lay on top of the frosting. Continue to layer ruffles until the cupcake top is covered.

Cake pops can also be made ruffle-icious. Dip your cake pop in our Colour Melts and let it harden. Then simply ruffle up small strips of icing and fix it around the cake pop using some cooled boiled water.

All you need to achieve buttercream ruffles are:

Before beginning coat your cake in a thin layer of buttercream. Ruffles can be piped on horizontally or vertically.

Vertical ruffles also use a petal tip, but the technique is different. You start from the bottom of the cake and pipe the ruffle in a stack up to the top.

Buttercream ruffles can be used to coat a cake entirely, or could be used to create a standalone decoration on the cake. They can also easily be applied to cupcakes for a fancy variation on the usual swirl top.

Will you be using ruffles in your baking in 2015? We’d love to see how you put this hot baking trend to use on your cakes, so show us your efforts on social media.

You can find more useful articles on decorating and baking on our
blog.