Back To The Future With Steampunk Cakes 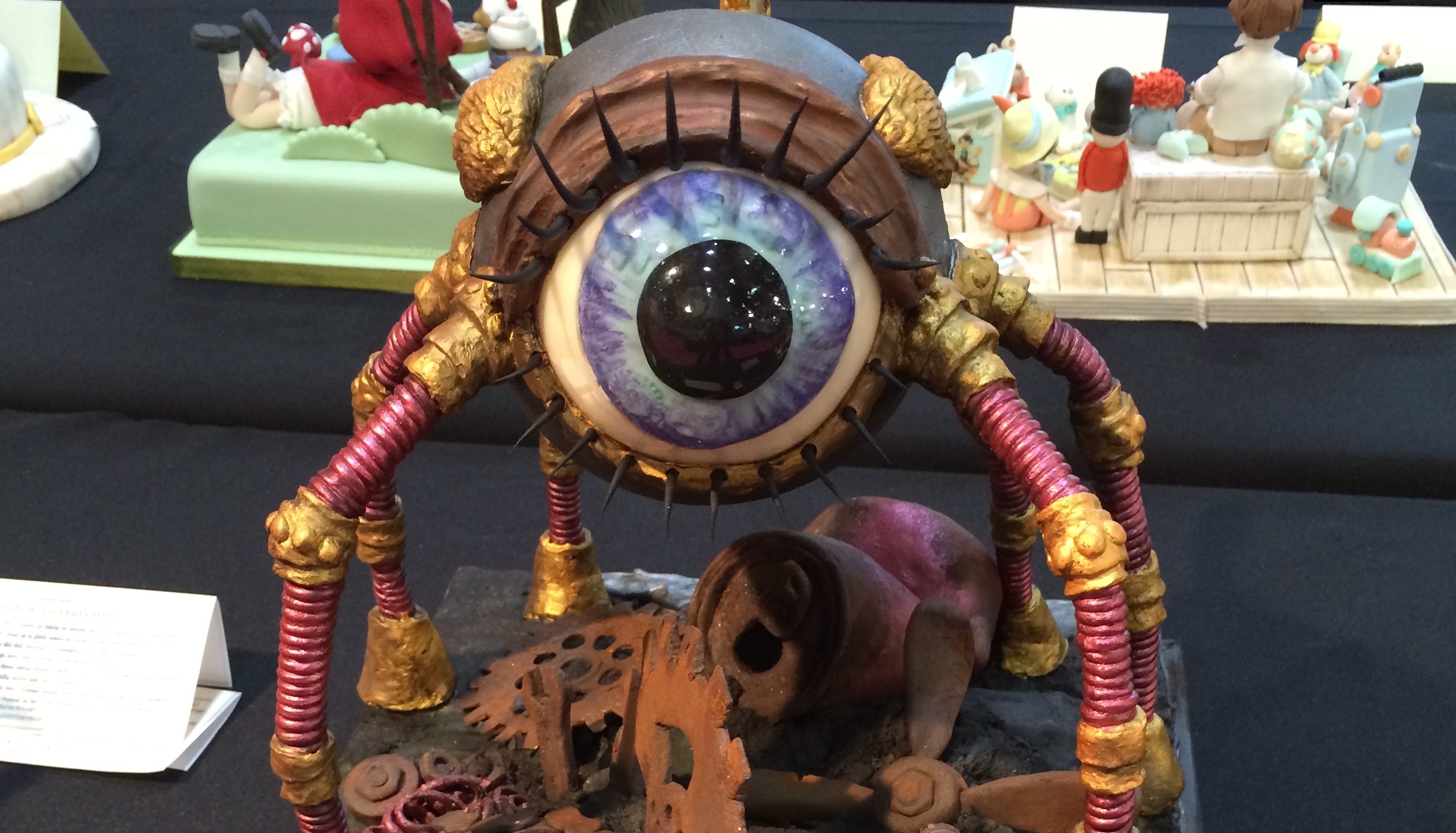 There will be some of you out there that have seen or heard of Steampunk and are perhaps fans, but many of you may still need to be introduced to the genre and wondering what it’s all about…

Put simply, Steampunk is part of the science fiction genre that features steam-powered machinery, sometimes set in the Victorian era or American Wild West, and it’s a style that is (steam) powering its way into the world of cake decorating and sugarcraft.

First prize in the decorative exhibit went to Kerry Rowe of Kez’s Kakes for a staggering cake that depicted a steam powered guitar which used dry ice to pump steam out of its pipes.

She isn’t alone in incorporating this eye catching style; there were a number of incredibly detailed Steampunk pieces entered for competitions at Cake International in London, and Manchester’s Cake International show earlier this year featured a demonstration on creating Steampunk cupcakes.

So how do you achieve this intricate and creative look? We thought we’d look at the elements you need to know about to bake your own steampunk masterpiece.

Steampunk comes initially from a type of science fiction that imagines a world that is powered by steam. Imagine if all the gadgets in your home were powered by steam rather than electricity. You’d be surrounded by copper and steel pipes; valves, rivets and pistons.

That’s the starting point for the and you will typically need dark metallic colours and Renshaw Silver Lustre Dust to add that metallic sheen to your finish.

However, the goes further than a simple industrial look and it incorporates aspects of Victorian fashion. You can get creative with feminine petticoats, corsets and parasols as well as have fun with top hats, waistcoats, timepieces, cogs and machinery.

[Image via The Sweet Life Bakery]

This beautiful cake from The Sweet Life Bakery really shows off the fun you can have with the Steampunk look, and this one in particular also shows that you can use bright or pastel colours for the if you want to. Each tier of this cake plays with the in a different way, from the wonderful clockwork motif to the pastel shades and intricately sculpted hot air balloons.

The really great thing about Steampunk is that it gives you a strong theme but allows you to play with it in lots of creative ways. So it’s a great new challenge if you think you’re in a bit of baking rut. Why not try something like these great little cupcakes that have an industrial feel but still manage to feel cute and dainty?

Are you making a cake with a steampunk theme? We’d love to see it so do send us a picture on social media.